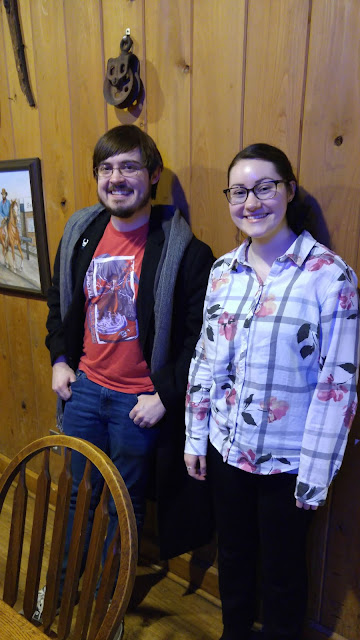 Heyo! How is everyone? I know I've been super absent (which I basically say every time I post these days), but it is good to pop in for a minute! And the reason for the occasion is a very fun one: I got to meet yet another member of the HTTYD fandom who I first encountered online!
Read more »
Posted by Toothless the Nightfury No comments: 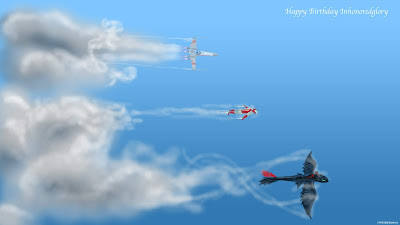 Happy bday Glory! I hope you have a wonderful day. I tried to quickly make you something... but boy did I have an art block until the last moment!
Read more »
Posted by Toothless the Nightfury No comments: 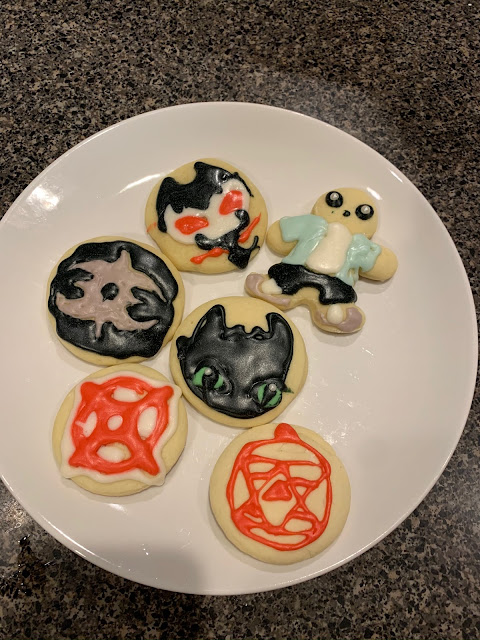 Well, Merry Christmas and Happy Snoggletog! I've had a lovely morning filled with great gifts and memories with my family! I'm gonna post pics of the "loot" below. Above are some Christmas cookies I made. The very bottom one is my attempt at Roy Mustang's flame alchemy transmutation circle. Toothless is obviously in the middle, and the red and white cookie is the Hoshidan royal crest (from Fire Emblem Fates). Above that is the Nohrian crest (which my bro made... as I am pro Hoshido and he is pro Nohr). Then you have Sans and Grimm (from Hollow Knight) at the top!

Read more »
Posted by Toothless the Nightfury No comments:

How To Train Your Dragon: Homecoming

Well... Long-time no post! How is everyone? I guess it takes a full-blown short to drag me up out of the grave and get me typing! In all seriousness, my work has been killer recently. I'm preparing for a committee meeting (which happens to be tomorrow), and it has left me much less free time. All that stress has gotten me into sort of a rut, and it makes it really hard to relax and enjoy my fandoming. Anyway, enough about me, let me tackle the short! I'll be covering it probably pretty quickly, both the aspects I loved and the parts that I'm not sure about, so let's get going.


Read more »
Posted by Toothless the Nightfury No comments:

Hey everyone! Gosh, I am so absent these days! I turned twenty-five this last Friday, and I just wanted to do a quick thank you to the many people who made that day extremely special. Also, though I haven't posted about it, I am extremely excited (ha, and almost conflicted) about the new HTTYD short that has been announced: Homecoming. But, anyway, let's get onto the thank you!

Read more »
Posted by Toothless the Nightfury No comments: 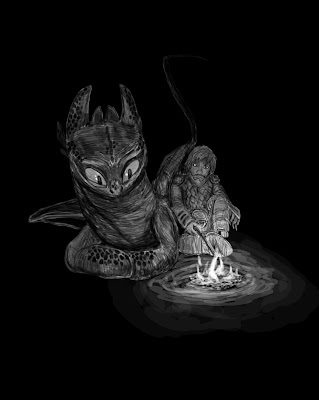 Happy Birthday, Toothlesslove! And also, hey there everyone else! I know I've been kinda absent (haha... maybe because it's super hard to acknowledge that HTTYD is over, so coming back to the blog post-HTTYD is just a reminder that their story is over), but I wanted to share this art piece which I made as a gift for my dear fan and fellow HTTYD lover: Toothlesslove!
Read more »
Posted by Toothless the Nightfury No comments: 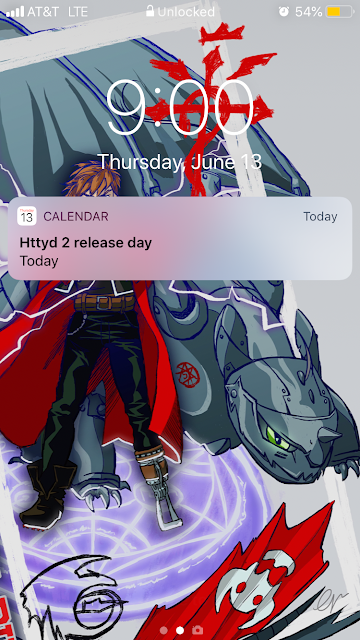 Well, it's that day again! June 13th has rolled around, and this marks five years since HTTYD2 was released. It's kinda funny... because, in the years between HTTYD and HTTYD2, I really did not anticipate the direction the franchise was going. I genuinely thought all the characters would stay about the same age, that we might get a human villain or some sort of treasure quest (based on the second HTTYD book). I was shocked when the images confirming the aged up characters hit the internet! But, now looking back, I'm really thankful for those decisions. HTTYD2 is not my favorite out of the three films, but it is an absolute masterpiece. The complexity and counter-intuitiveness of the themes is brilliant. After the very archetypical storyline of the first film (in which a visionary young person follows their heart and changes the opinions of all the closed minded adults), it was really refreshing to see a film that gave the adults credit, a film that showed the heavy weight of idealism. Hiccup gets a devastating blow in the second film, something that could have shattered him and his views forever, but he weathers the storm, and it makes for a fantastic climax.

However, even if we ignore the particular themes of pacifism, human cruelty, being "born-different", and unconditional love, the second film still holds a gem that shines out bright even when compared to the other two films: we get to see Hiccup vocalize his motivations. Hiccup is an incredibly introverted protagonist, and his best friend is a dragon who does not speak. As such, we get this rich mine for analysis: what is Hiccup thinking? Why is he doing that? What are his motivations? What does he want to be? Who does he admire? For years many people in the fandom had noticed and loved the selfless attitude Hiccup so often expressed, but then in the funeral scene, we actually see just how much Hiccup wants to be like his dad. He wants to be brave. He wants to be selfless. That scene still stuns me. It feels perfectly natural and in-character for Hiccup to finally vent in this darkest and saddest of times. And with that speech, we see exactly what Hiccup has been thinking and feeling for the past two films, and it is a stunning testimony to how well Dean and Jay worked to craft this quiet, humble hero.

So, yeah, I'm gonna watch the film again tonight! Kinda worried I'll cry a lot... but it has to be done!
Posted by Toothless the Nightfury No comments: